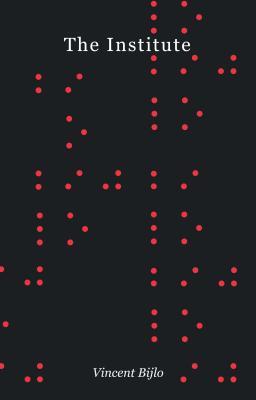 A novel from Dutch stand-up comedian and columnist translated by Susan Ridder, where readers meet Otto Iking, aged eleven, wannabee radio show host, who provides a droll look at life in an institute for blind children during the 1970s. Alongside the usual school lessons, the children are given instructions in how to use a white stick and read braille. Some children get transferred to mainstream schools, something Otto is ambivalent about: on one hand it’s something his parents would welcome, on the other he’s currently in a place where the children are more or less equally disadvantaged. With the exception of Edwin who has partial sight and likes kicking other children. Otto and Harry spend time planning all sorts of revenge schemes to deal with Edwin’s bullying, but, ironically, Otto deals with the Edwin problem by accident with better results than either he or Harry could have anticipated.

Other plots go wrong too. Otto denies buying cigarettes when accused by a member of staff because he’s not realised that the petrol station assistant put them in a clear plastic bag (the staff member lets him off though). He and Harry plan to be heroes in an elaborate plan involving a catering trolley, a moped (both stolen from staff) and a gun only to find the compass they thought they had was actually a thermometer and when they get to the petrol station to fill up the moped, they discover the problem they wanted to solve has already been solved. There’s also a disastrous camping trip…

The humour is interlaced with a poignant coming of age story. Returning home to recover from a fever, Otto discovers his parents’ marriage has become strained due to his mother’s increased drinking after losing her job due to substandard work which has further eroded what already seemed to be a precarious self-esteem. His mother talks of going on holiday on her own. His father hints that the holiday is a stint in rehab. While his mother is quick to dismiss a girl at the institute as “that podgy thing”, Otto’s crush on the girl, Sonja, seems to be reciprocated.

Throughout, Otto manages to keep up almost daily broadcasts on Radio Fed-Up, a one boy radio channel exclusively starring Otto. Otto never asks if any of the children listen to it, but, when a local TV station visits the institute to film a documentary about life there and Harry is selected for interview, Otto finds that not being a TV star gives him a chance to get involved in the broadcaster’s radio channel. The irony of being “a good voice for radio” isn’t lost on the readers but it is on Otto. In the end, Otto is forced to test his ambivalence when he’s given a choice to stay with his dysfunctional family and, most probably, ending up stuck at the institute or rejecting his family and taking responsibility for his future by allowing his move to a mainstream school.

“The Institute” is a bittersweet coming of age story, demonstrating that despite being institutionalised, the children adapt and generally turn out OK. Otto, in needing material for Radio Fed-Up sets himself up as a natural outsider and observer, recording the conversations, situations and rough-and-tumble of pre-teen life. Through Otto’s eyes, the staff seem like two-dimensional dimwits for the children to pit their wits against and win, but that’s entirely in keeping with the narrator’s viewpoint, which is credibly that of an eleven year old boy. The only character who is allowed to wallow in self-pity is Otto’s mother and even that doesn’t last long. The humour is balanced with tragedy so it doesn’t become relentless and readers find themselves rooting for Otto.

“The Institute” is available from Holland Park Press.

« Too Many Poets, Too Few Readers
Be Wary of Writing Advice that begins “Don’t” »
%d bloggers like this: