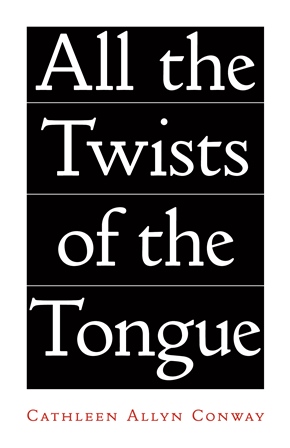 These poems have been formed from articles by Sylvia Plath published in “Mademoiselle” magazine, quotes deleted from her journals and annotations in her copy of the collected Henrik Ibsen plus Aurelia Plath’s responses to letters from Olwyn Hughes and a letter from Madelyn Matthews, a fellow guest editor, to “Mademoiselle” magazine. The voice in all but one of the poems (the one not based on Plath’s work) is recognisable as Plath’s, e.g. “Folk Dance” ends

“little dolly children. Each full breath the children take is
the germs of evil. A very dangerous disease, sins of the fathers.
It is in the blood. You can inherit these things.

Is it imprudent to live your husband’s life? Mine is pompous, smug.
Still like a child in many things. I must cut myself free of this penalty.
Our beautiful, happy home would no longer be punishment.”

It picks up on Plath’s life-long struggles between being ambitious to gain recognition as a writer and societal restrictions as a mother and housewife. She midwived her husband’s writing career and was left as primary carer to their children when he left. She watched him dine with T S Eliot while her own work received mixed reviews and she was seen as a poet’s wife. At Court Green, their home in Devon, she worked to convert part of the garden to grow their own vegetables, figured out they could grow and harvest daffodils and started bee-keeping as secondary income streams to their patchy writers’ incomes; worked to build a secure home yet was left to do it all on her own.

“Falcon Yard” shares its title with the novel Plath wrote about in her Journals, set during her time at Cambridge,

“I have served a purpose.
Not so silly as you think:

It is a narrow-minded way of looking at things:
ugly raised wrist-scars, no false notes.”

It captures the way Plath chastised herself for being blinded by love and forgiving, calling herself stupid; “what a fool one is to sincerely love” is the last line. Plath did know about Hughes’ affairs (not just the one that triggered their separation). “I Have Known for a Very Long Time” gives the collection its title,

“He hasn’t learnt to be deceitful yet in the first look,
but he’ll learn fast. All the twists of the tongue.

I saw this in several sharp flashes, like blows.”

The alliteration and consonance in “several sharp flashes” and its staccato rhythm is apt and utterly appropriate.

The one poem not based on Plath’s work is formed from a letter written by Madelyn Matthews’ to “Mademoiselle” magazine. Matthews was one of the guest editors, a summer internship where girls were brought to New York put up in a hotel and expected to work at the magazine producing articles, writing features and organising fashion photoshoots. In “A Distinguished Point of View”,

“Drank 11am champagne, an exciting glimpse ahead:
how to write an application letter,
get a job, get a man, anything you want.
We wish we could tell you all we learned.”

The ordering of phrases after “write an application letter” suggests such a letter is key to doing the things listed afterwards, a reminder that these young women in the 1950s had a lot of asking permission to do what they wanted. The last line is almost begging for the reader to ask ‘what did you learn?’ so giving the writer permission to tell.

“All the Twists in the Tongue” uses Plath’s words, including those erased by others, to explore her attitude, knowledge and how she faced being a writer, a single mother, a dutiful daughter in a time where women’s lives were restricted. She was the engine in her marriage, enabling her husband’s work and became book keeper and financial planner so they could move to Devon and establish a family home that he left. The poems feel organic, growing naturally from their sources, rather than a clever idea that doesn’t rise from being the sum of its parts. The results in “All the Twists in the Tongue” are far more interesting than the method. I’m usually wary of reading/ watching anything inspired by Sylvia Plath in case the person portrayed isn’t recognisable, but was quickly reassured when reading these poems, which have been written by someone immersed in Plath’s work and determined to let Plath’s own words shine through. Cathleen Allyn Conway’s approach is inventive and considered. “All the Twists in the Tongue” is a striking and rewarding read.

“All the Twists in the Tongue” by Cathleen Allyn Conway is available from Grey Book Press.

« “Poems in the Case” Michael Bartholomew-Biggs (Shoestring Press) – book review
How Not to Submit Poems »
%d bloggers like this: